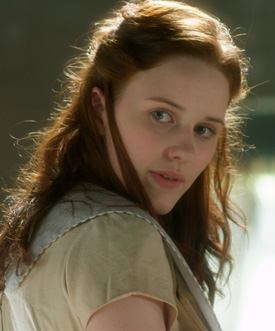 A 2012 graduate of New York University’s Tisch School of the Arts, Rachel is a fast-rising young star of film, television and the New York stage. Her Emmy-nominated role on Netflix's House of Cards has earned her industry-wide attention as has her starring role on the WGN America series Manhattan. The young actress made her Broadway debut in 2012 in Tony-winner Doug Hughes’ revival of Clifford Odets' The Big Knife.

Before beginning work on A New York Heartbeat, the Chicago native starred alongside Bernadette Peters in Coming Up Roses and guest-starred on various television series including Mercy, Gossip Girl, In Treatment, CSI: Miami, The Good Wife, Grey's Anatomy and Orange is the New Black.

Rachel came to her role as “Tamara” late in the casting process. “Of all the characters in the film, Tamara was the most difficult to cast,” recalls director Tjardus Greidanus. “I was looking for an intelligence, serenity and honesty that goes beyond solid acting. Rachel claimed her role. She won't fake anything — there's an innate commitment to the truth of every moment in her performance."